The Eastside Culture Crawl Society (ECCS) recognizes that we are working on the traditional, unceded ancestral territories of the xwməθkwəy̓əm (Musqueam), Skwxwú7mesh (Squamish) and Səl̓ílwətaʔ/Selilwitulh (Tsleil-Waututh) peoples. These areas are culturally significant sites in terms of their historic contexts, but also equally important as contemporary sites of gathering, learning and exchange.

Our Mission is to:

For 24 years the ECCS has hosted the “Culture Crawl Visual Arts, deisgn & Craft Festival” in November that involves artists on Vancouver’s Eastside opening their studio to the public. The event is focused on the area bounded by Columbia St, 2nd Ave, Victoria Drive, and the Waterfront and involves painters, jewelers, sculptors, furniture makers, weavers, potters, printmakers, photographers, glassblowers; from emerging artists to those internationally established.

ECCS also programs workshops and exhibits for visual artists. annually, ECCS  produces Studio 101, a free arts education program for inner-city schools. ECCS is committed to supporting under-represented and self-represented artists and ensuring that artists receive CARFAC payment for their professional artistic contributions. ECCS advocates for strengthening and buiilding capacity for visual artists with the focus of poverty alleviation. It recently published the award winning  “A City With No Art? No net loss plus.” report on the current state of the loss of artist production space in Vancouver’s eastside.

Ensuring that our community members are represented and involved ECCS established the Community Affiliates program over 8 years ago. ECCS partners with local organizations who provide art as healing programs including EWMA, Union Gospel Mission, the Kettle Friendship Society and Possibilities.

A year by year history

2019 This year, we extended our programming to include a forum on “Displacement” as many artist studios are being displaced due to development. The forum also presented “A City With No Art? No Net Loss Plus.” report on the current state of the loss of artist production space in Vancouver’s Eastside which was recognized with a Gold Award from the Planning Insititute of BC. Highlights include an exhibit on the theme of “Displacement.” Our Studio 101 program expanded again this year and we offered 150 inner city youth in-studio workshops by Crawl artists. The festival feasured 500+ artists and drew over 45,000 studio visits! Thankful to our sponsors who generously support us annually!

2018 Our 22nd year was a record-breaker on many fronts; with over 500 participating artists and over 45,000 attendees to the festival! Our Preview Exhibit, “Spaces, Places & Traces”, featured work by 80 aritsts at the Arts Factory, Firehall Arts Centre, the Cultch and Alternative Creations Gallery. The Crawl app launched this year, offering attendees a way to explore the festival at their fingertips. We raised record-breaking funds at both of our sold-out benefit events: the Art! Bike! Beer! Crawl and our Festival Launch Party, Take Flight. Studio 101 offered classes for 120 students from Britannia, Seymour and Strathcona Schools and was generously supported by Ruth Schueing through the Michael Lawlor Fund. We welcomed Erin Frizzell as our Managing Director.

2017 Celebrating our 21st year with over 500 artists participating. We had an amazing year and opened with our Preview Exhibit “LIT” featuring work by 75 artists at the Arts Factory, Firehall Arts Centre, the Cultch and Alternative Creations Gallery. Our opening night Reception and Fundraiser Take Flight was hosted by none other than Vancouver’s Fred Lee.  Studio 101 expanded to 120 students and included classes from Strathcona and Britannia Schools. The program is generoulsy supported by Ruth Schueing through the Michael Lawlor Fund, a prominent Vancouver photographer.

2016 We are making history… 20 years of Crawling and we celebrated with ART. This year the ECCS received charity status! In celebration of its’ 20th year the ECCS hosted a pARTy Celebration at the newly renovated Russian Hall. Hosted by Fred Lee, the sold-out event with 250 art enthusiasts and artists celebrated with an evening of art that included an Art Draw coordinated by Mira Malatestinic with work by artists; music by Tom Artntzen, Frazey Ford and the Dawn Pemberton band. The ECC’s coordinated the “As the Crow Flies Exhibit” a juried exhibit by Paul de Guzman, Eri Ishii and Katsumo Kimoto, featuring art by 75 Crawl artists the Arts Factory, Firehall Arts Centre and the CULTCH galleries. The years celebration included: the  Talking Art featuring conversations with Rachael Ashe, Marcus Bowcott, Haisla Collins, Britta Fluevog, James Kemp, Connie Sabo, and Richard Tetrault. Studio 101 coordinated by Laura Aliaga returned to Seymour Elementary. It is a record breaking year as we reached the 500+ artist mark!

2015 Largest Crawl event with over 475 artists participating and 88 buildings. The weather gods cooperated with 3 full days of amazing weather. The area was alive with Crawlers from all walks of life. 2nd annual Moving Art Video and Film projections held at Strange Fellows Gallery. Studio 101 saw 60 Britannia Elementary students participating in animation, painting and mixed media workshops. “Hanging By a Thread” juried exhibits by Eri Ishii and Paul de Guzman at the CULTCH and “New to the Crawl” artists at the Firehall Arts Centre. The sold-out limited edition of Eastside Eats cookbook coordinated by Mira Malatestinic and Connie Sabo featured 19 of the original Crawl artists, their artwork and recipes. We said goodbye to our web technician Richard Erikson and Cliff Blank our Graphic Designer and welcomed graphic designers Kristen and Anthea from Odwak and Sons.

2014 18th year and getting bigger! 25,000 studio visits and counting! New look, brochures and new signage all added to the success of the event. Annual preview shows at the Cultch featuring assemblage and collage work and the Firehall provided the public with a sampling of the work at the Crawl. The Crawl launched the 1st ever Moving Art Video and Film projections curated by Katherine Surridge. An expanded Studio 101 program provided workshops to 60 Strathcona School children.

2013 In it’s 17th year, the Crawl with over 450+ artists participating and 20,000 attendees. For the first time we had food trucks at Parker St creating a festive environment. Studio 101 worked with students at MacDonald Elementary. The Crawl continues to sponsor community groups using art as healing. Annual preview shows at the Cultch and the Firehall provided the public with a sampling of the work at the Crawl. We welcomed Esther Rausenberg as the new Executive Director. As a long-time participant and founding building member, she has a long history with the Crawl.

2012 Record breaking with over 430 visual artists participating. The Cultch hosted the annual preview show and Studio 101 was a great success with our young art appreciators. The Crawl sponsored the participation of Union Gospel Mission, The Kettle Friendship Society and the Purple Thistle group.

2011  We had 364 visual artists in 75 buildings. The Waldorf Hotel hosted the opening night of an expanded Echo Chamber involving site specific installations throughout Strathcona in celebration of Vancouver 125. The Cultch once again hosted the preview show. The biggest accomplishment of the year was the Crawl moving into its own office space at 1000 Parker St. Studio 101 continues to be a success with young audiences.

2010 We bid farewell to Valerie Arntzen. Thank you Val for more than ten years of service. Welcome to the new Executive Director, Jeffrey Boone. With 401 visual artists in 75 buildings we saw a boom in participating artists, audience and support from sponsors.

2009 Over 300 artists in 60 buildings and art patrons were buying.  We got the cover of the Georgia Straight and an eight page pullout with articles on some of our artists.  Thanks to the over 10,000 people who came out to support our artists.

2008  300 artists in 50 buildings. This is our fifth year sponsoring The Kettle Friendship Society and Purple Thistle.  The Yale Hotel once again hosted our launch/fundraiser. The third annual Echo Chamber was held at Chapel Arts with poetry, film, music and 30 visual artists show.

2007 Our 11th year and a very successful weekend. 45 buildings and 300 artists and 10,000 visitors. The Echo Chamber was our after party. Sadly the building at 901 Main is no longer studios.

2006 Our 10th anniversary! We are having our 10 year birthday party at the Yale Hotel on November 2, 2006. Two Crawl bands, fashion show by our Artists, video screening of past Crawls by King Anderson. Preview shows at Firehall Theatre Gallery and Vancouver East Cultural Centre and Vancouver Home and Interior Design Show.  A new website was launched saying good by to Ryan Dalyrmple as our webmaster for the past seven years. The Echo Chamber was launched.

2005 Up to 38 buildings and 300 artists this year.  We sponsored The Kettle Friendship Society: their art program with developmentally challenged artists, Firehall Arts Centre with spoken word and a preview show with 2 of our artists and Bantleman Court, a residence for Youth at risk. We hosted a well attended Collectors Workshop (coordinated by Esther Rausenberg), combined with the Preview Show opening at the Vancouver East Cultural Centre. With attendance of 10,000 people.

2004 We have 35 buildings this year and over 250 artists. Lots of small studios with one and two artists. The Firehall Arts Centre hosted spoken word. St. James Society Victory House and The Kettle Friendship Society and The Purple Thistle Group participated as sponsored groups.

2003 Joining the 250 artists in 25 buildings, the Firehall Arts Centre, about 10,000 people attended this year. Board president, Rob O’Dea, registerd the Eastside Culture Crawl as a Society.

2002 The Eastside Culture Crawl has steadily grown to host more than 200 artists, 22 buildings and was attended by over 8000 people. The Crawl sponsors developmentally challenged artists at the Victory House who put on a sold out show.

2001 This year 170 artists opened their studios in 20 different buildings. The Crawl partners up with the Strathcona Community Centre and opens the information booth with 3 artists creating work there and we sponsored the Strathcona Chinese Dancers to perform.

2000 Several one-person studios in the community joined the Eastside Culture Crawl bringing the totals to 16 buildings and 160 artists.

1997 The name Eastside Culture Crawl (thanks to Richard Tetrault) was adopted this year and 45 artists in three studios, Glass Onion, Paneficio and 1000 Parker Street. About 1000 people came to this visual arts festival. 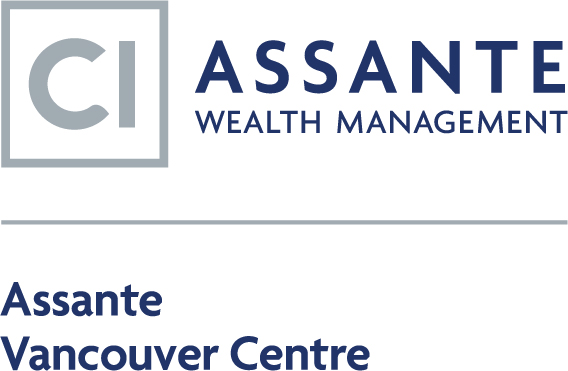 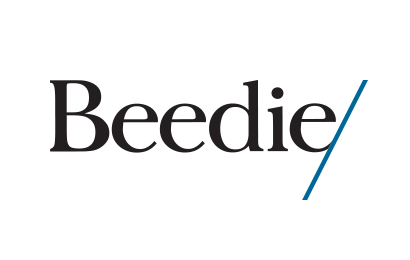 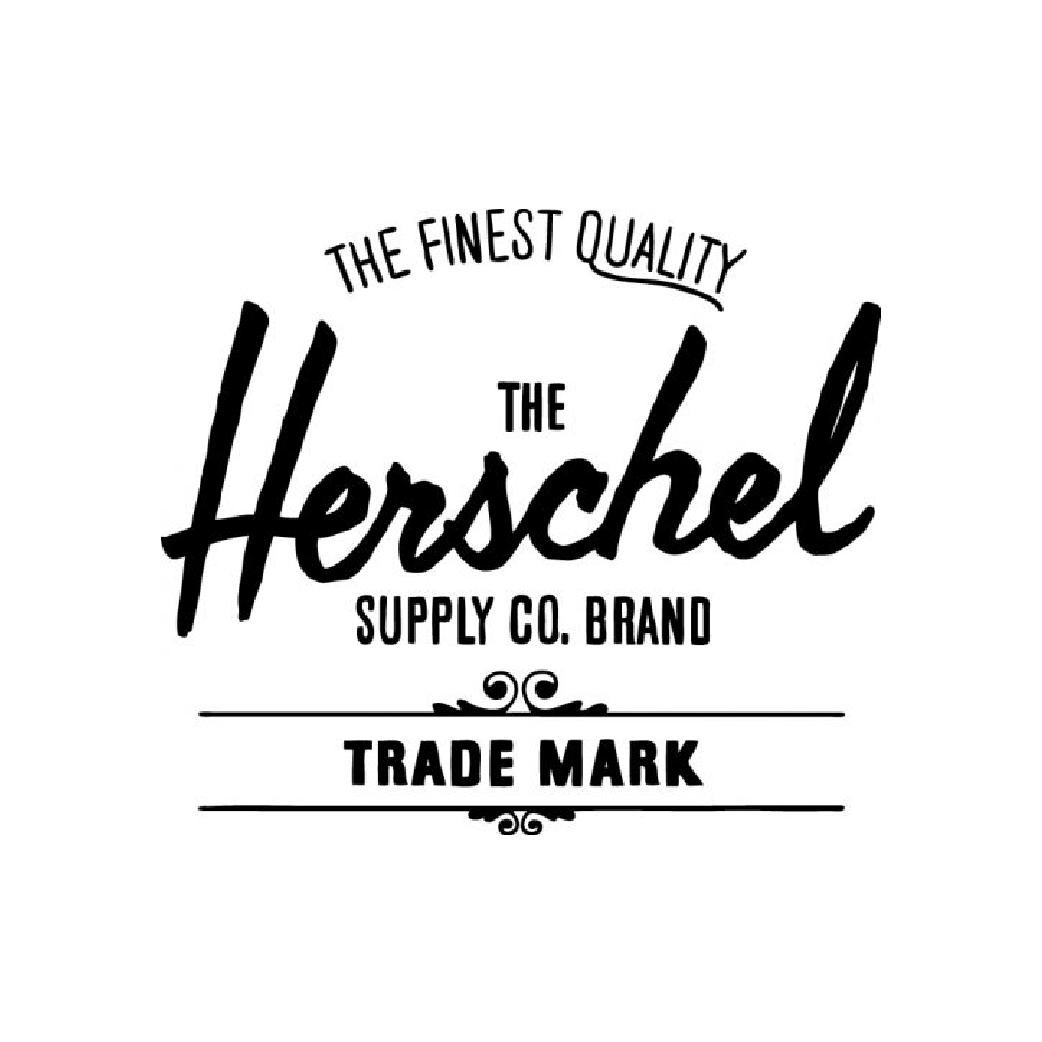 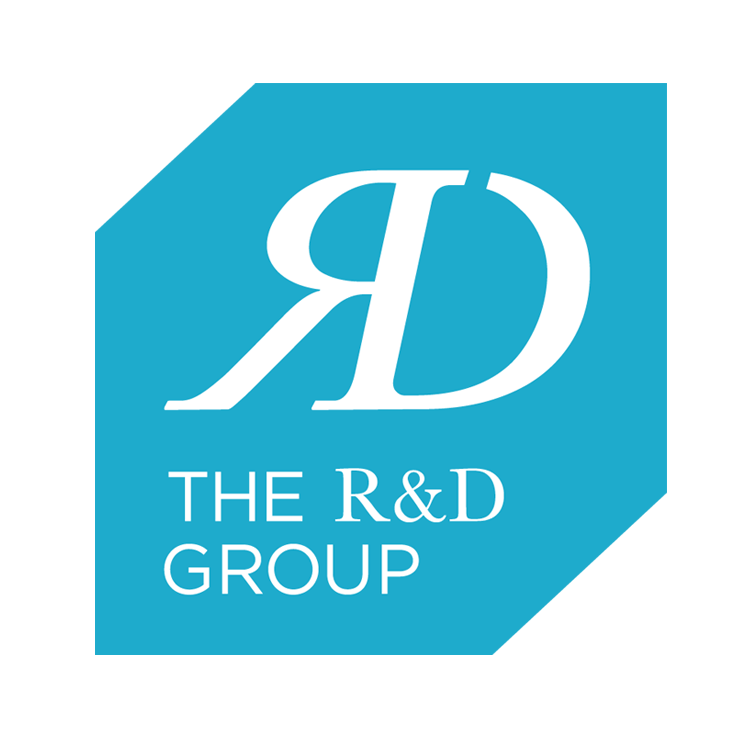 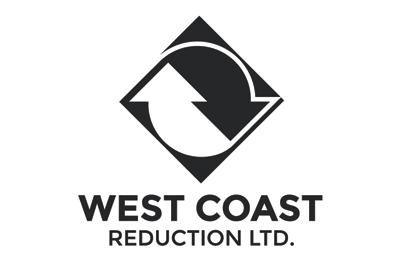 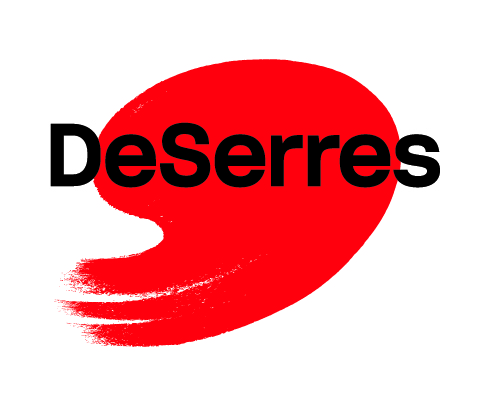 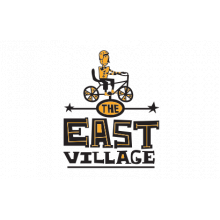 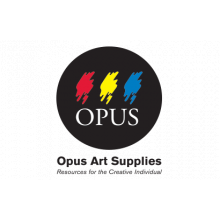 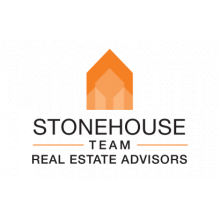 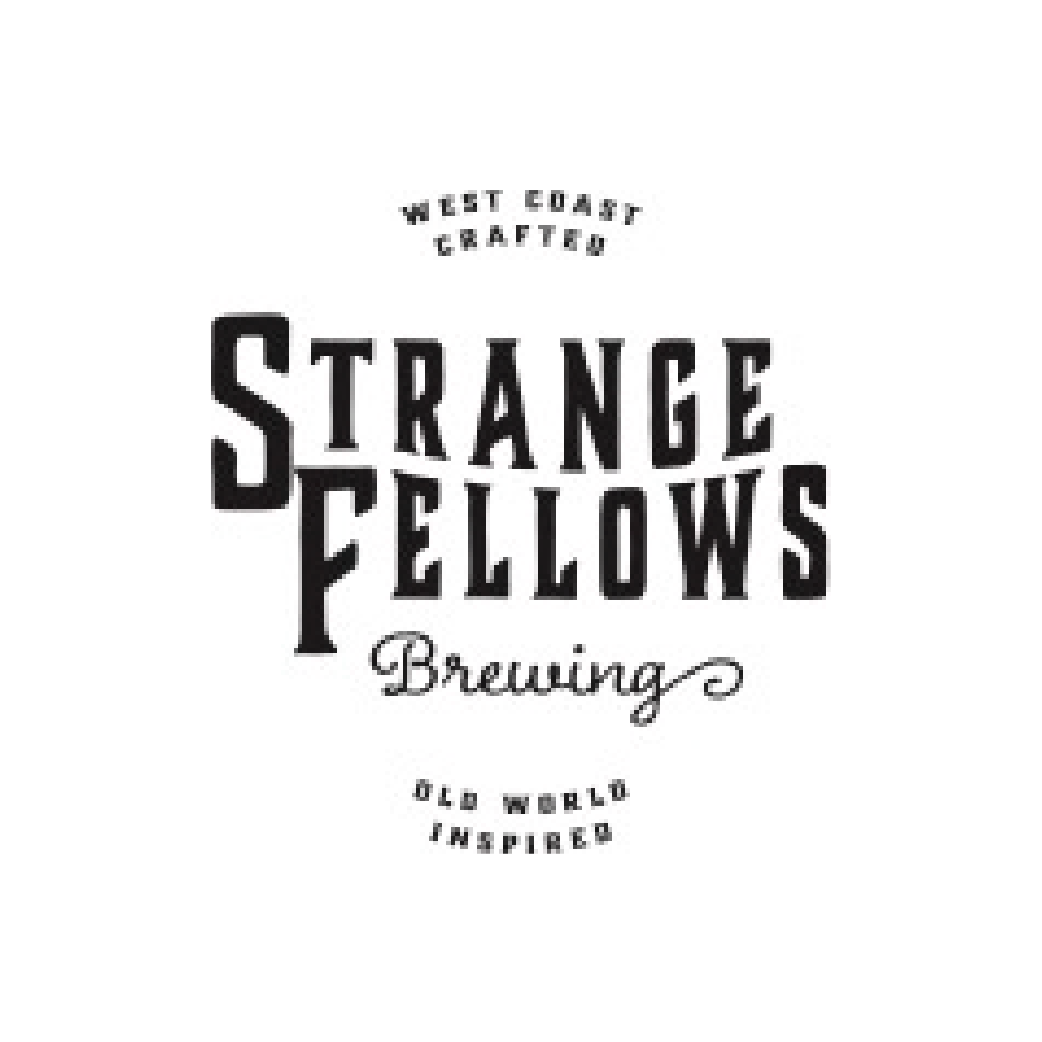 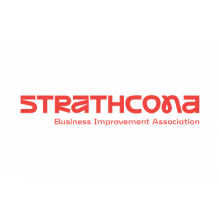